Coronavirus COVID-19 info. Find out what we're doing to keep you safe on our services. Learn more. 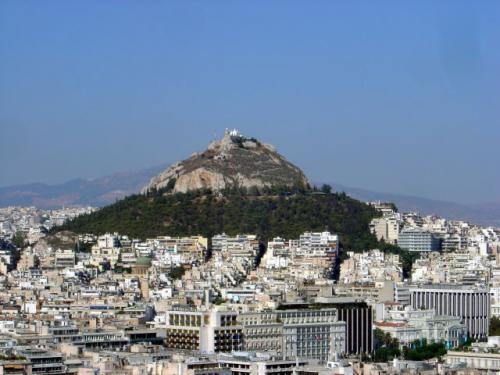 *** Pick-up Locations: Athens airport , Piraeus port and all hotels up to 45 kilometers from Athens center.
If you are traveling by cruise ship you will meet your driver at Piraeus cruise port arrival hall.
TEMPLE OF OLYMPIAN ZEUS
Its construction lasted over 6 centuries. At its completion there were one hundred and four pillars, each of them 17 meters high and 2 meters in diameter. Its constructors were the first to use fine Corinthian marble on the exterior of a structure. Present day, twenty-four of the one hundred and four pillars remain. The Temple of Olympian Zeus, located 500 M south east of the Acropolis, is sure to amaze visitors with its enormous features.
PANATHINAIKO STADIUM
Home to the first Olympic games in 1896, it was found during an excavation and refurbished with marble in the 19th century.
CLASSICAL SIGHTSEEING
Zappion (Conference and Exhibtion Hall)
The Zappeion Hall served many purposes throughout its history. In the first Olympic games it was the main building of the Olympic village. In 1979, this is where Greece?s accession to the European Economic Community was signed.
National Gardens
The garden was once private to the palace. Queen Amilia in 1840s made it a project to collect rare plants from all corners of the globe.
Adrian Arc
Roman Emperor Adrian created it in order to landmark the borders between ancient Athens built by the Athenian king Theseus, and the newer part constructed by the Romans.
St. Paul's Agglican Church
After Athens became the capital of the new Greek state, one of the first buildings erected was St. Paul's Church. The renowned architect Stamatis Kleanthis built the basilica between 1838 and 1842.
Parliament
Tomb of the Unknown Soldier
Two quotations are written on the retaining wall. One is by Thucydides: “…and one bed is carried, made for the unknown ones”, the other is from Pericles Funeral Oration: “For eminent men, every place is a worthy burial ground.”
Schielman House
Built by Ernst Ziller in 1878 for Heinrich Schliemann, the discoverer of Troy and of Mycenaean culture, and his Greek wife Sophia.
Catholic Cathedral
Athens Academy
The general objective of the Academy of Athens is the cultivation and advancement of the Sciences, Humanities and Fine Arts. On many occasions it has intervened to international institutions on matters concerning culture, the environment, universal values, national and human rights.
National Library
Designed by the Danish architect Theophil Freiherr von Hansen, the National Library, was a part of his famous Trilogy of neo-classical buildings: Academy of Athens and the original building of the Athens University.
Old Parliament
It housed the parliament between 1875-1932, and now it is the National Historical Museum.
Constitution Square
The Square, also known as Syntagma Square, is named after the Constitution that King Otto was forced to grant the people after a popular and military uprising, on September 3, 1843.
Russian Orthodox Church
It is the only Russian Orthodox Church in Athens.
ACROPOLIS (visit approx 1, ½ hours the Propylea, the Temple of Athena Nike, the Parthenon and the Erechtheion.)
The tour will end off in one of the most sought after historical destinations in the world- The Acropolis. The Acropolis was formally proclaimed as the arbitrary monument on the European Cultural Heritage list of monuments on 26 March 2007.
NEW ACROPOLIS MUSEUM
30 years in the works, the New Acropolis Museum opened its doors last June 21st, 2009. Over 4,000 objects are exhibited over an area of 14,000 square meters.
At the end of the tour drop off at your hotel or at the cruise terminal of Piraeus port or at Athens airport.
*Due to inconsistent traffic conditions, there is no extra charge for tours that may run longer because of traffic.

* NOTE: !!! Our Guides are LICENSED and Members of the Union official Guides in Athens.

** NOTE: !!! Our Drivers are Professionals and English speaking.

Vehicle, fuels, tolls (wherever exist), parking fee,
English-speaking driver, English or French-speaking guide, insurance covery of the passengers up to 500,000 euro in total, VAT and all taxes.

NOT INCLUDED
*Entrance fees in archaeological and historical sites, hotel accommodation wherever needed, beverages and meals.
**Entrance fee in Acropolis is 12 Euro per person, paid at the guide.

If you are interested in booking this Private Tour please fill in these details that follow and you will be informed of the pricing details.