Your safety is our priority and your comfort, our satisfaction. We compare prices from hundreds of reputable transportation service providers in Rhodes to offer you the best service at most competitive rates. With our fixed pricing model, you can avoid nasty surprises like surge pricing and time rate.

Book your Rhodes airport transfer with confidence. We offer Free Cancellation policy up to 24 hours before pickup.

The Rhodes airport transfer service includes meet and greet and flight monitoring. It is the most comfortable, stress-free travel option. 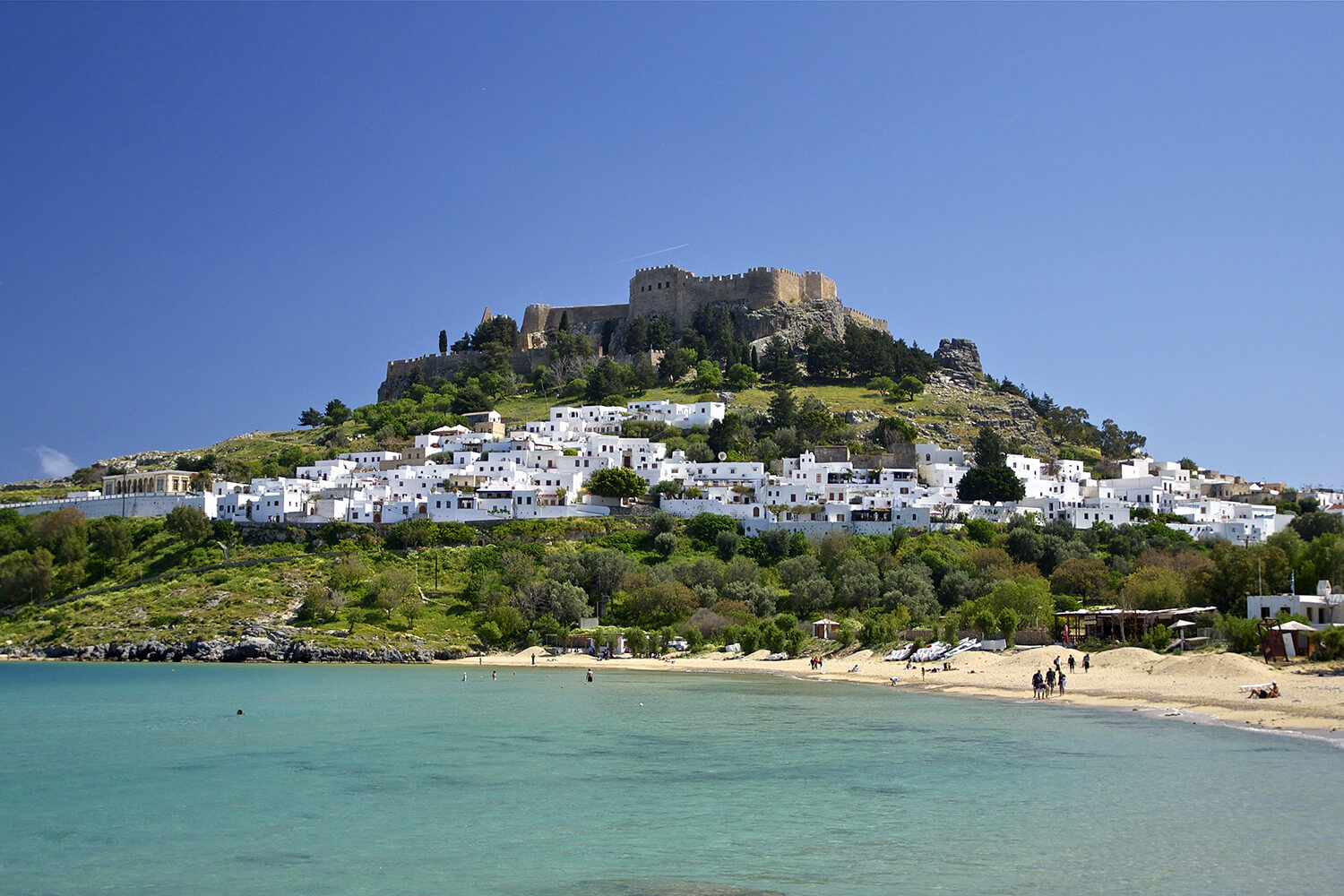 We specialise in private Rhodes airport transfers with professional drivers and quality vehicles since 2010. Book your Rhodes transfer with our simple and easy to use booking system and avoid long taxi queues at the airport. Your driver will wait at the meeting point, holding a sign with your name and drive you to your destination in safety and comfort.

Where will I meet my driver at Rhodes airport?

Your driver will be waiting in the arrivals hall at Rhodes airport, holding a sign showing your name. Exact meeting point information will be included in your confirmation email and eTicket.

All Rhodes airport taxi quotes published on our website are fixed and all inclusive.

My plans have changed, can I cancel my Rhodes Airport Taxi?

If your flight arriving at Rhodes airport is delayed, please call the emergency phone number provided in your booking confirmation email as soon as possible.

Rhodes is the historical capital of the Dodecanese islands, as well as, the largest of this group of islands. It is also known as "the island of the Knights" as the island was once conquered by the Knights of Saint John of Jerusalem.

The public transport in Rhodes is safe and well organized. Buses are a cheap way to reach most of the destinations on the island. The blue coloured buses connect Rhodes Town to the port and the airport. The KTEL suburban buses run from Rhodes Town to almost all beaches and villages, including the most popular places, like Lindos, Faliraki, Archangelos and Afandou.

There are five ports in Rhodes. Three of them are in Rhodes Town, one near Kamiros, on the west coast, and one near Lardos, on the east coast. Boats depart daily to Lindos, around the coastline, to Symi island, Marmaris (Turkey) and Halki island. You can check the taxi fare from Rhodes Airport to Rhodes Port on the link for the vehicle of your choice.

Taxis in Rhodes are used as a fast mean of transport. There are taxi ranks on different locations in the city, mostly outside the port, and in the central spots of the city.

Diagoras - Rhodes International Airport (RHO) is one of the biggest in Greece. It serves charter flights to other major Greek cities and islands, as well as, to many European capitals. It is located 14 km from Rhodes Town and there are regular bus lines, airport taxis and private airport transfer available.

Buses run from Rhodes Airport to Rhodes Town, where passengers can change to another bus. Airport taxis are parked at the designated taxi rank, but it is very crowded in high season.

For a great start of your holiday and a stress-free ride to your accommodation, book a private Rhodes airport transfer with us. It is preferable to book your airport transfer in advance, because the demand is high, especially in July and August. Prices are fixed and all-inclusive and no extra charges apply. Moreover, we can offer you a private hire for sightseeing tours and day trips, as well. The latest prices for a private taxi from Rhodes Airport to Rhodes city centre are on the link.

In Greece we recommend you to visit the following islands for which we offer private airport taxi transfers: Mykonos, Zakynthos, Santorini, Corfu, Lefkada, Kefalonia, and many others available here.