Your safety is our priority and your comfort, our satisfaction. We compare prices from hundreds of reputable transportation service providers in Rotterdam to offer you the best service at most competitive rates. With our fixed pricing model, you can avoid nasty surprises like surge pricing and time rate.

Book your Rotterdam airport transfer with confidence. We offer Free Cancellation policy up to 24 hours before pickup.

The Rotterdam airport transfer service includes meet and greet and flight monitoring. It is the most comfortable, stress-free travel option. 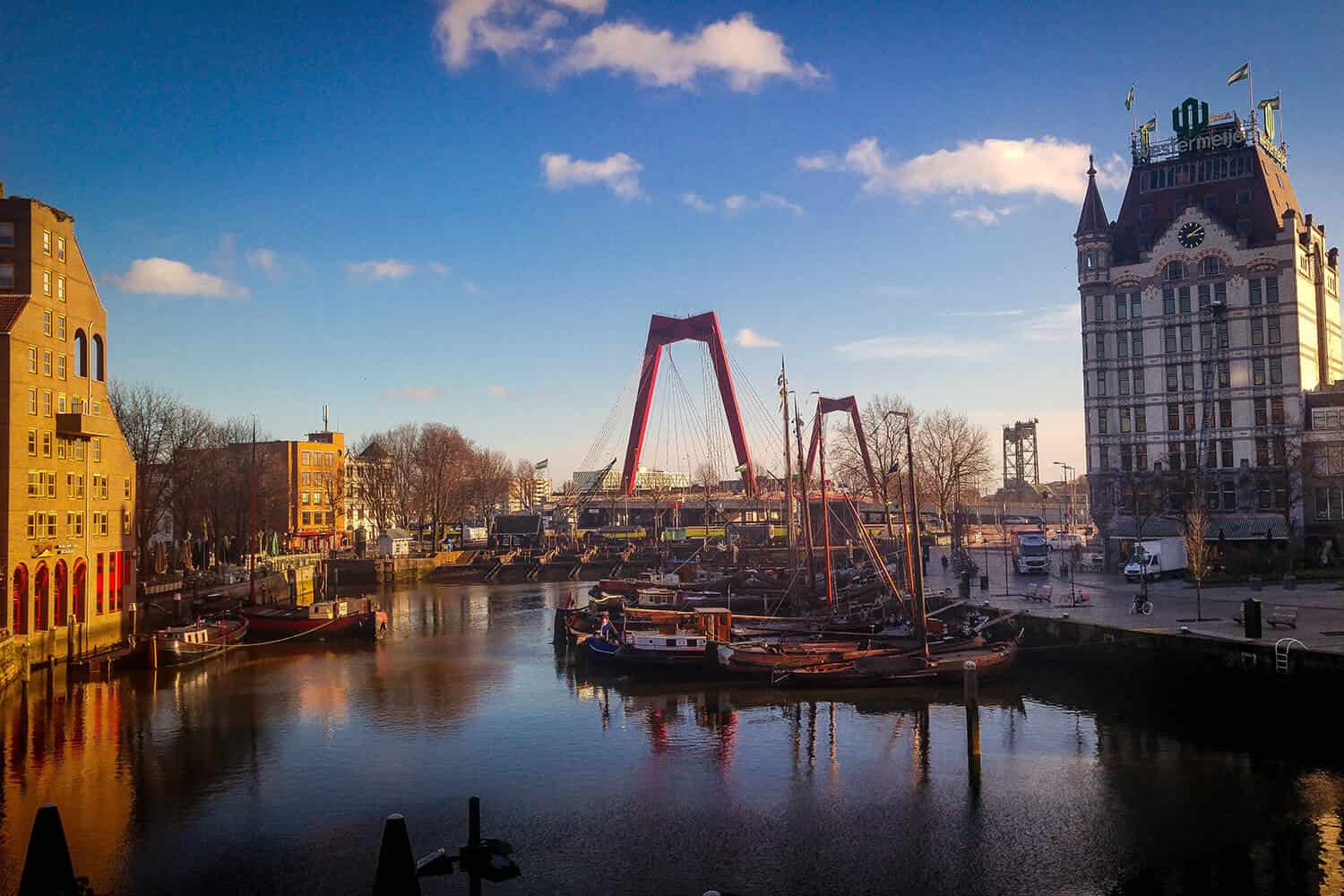 We specialise in private Rotterdam airport transfers with professional drivers and quality vehicles since 2010. Book your Rotterdam transfer with our simple and easy to use booking system and avoid long taxi queues at the airport. Your driver will wait at the meeting point, holding a sign with your name and drive you to your destination in safety and comfort.

Where will I meet my driver at Rotterdam airport?

Your driver will be waiting in the arrivals hall at Rotterdam airport, holding a sign showing your name. Exact meeting point information will be included in your confirmation email and eTicket.

All Rotterdam airport taxi quotes published on our website are fixed and all inclusive.

My plans have changed, can I cancel my Rotterdam Airport Taxi?

If your flight arriving at Rotterdam airport is delayed, please call the emergency phone number provided in your booking confirmation email as soon as possible.

Rotterdam is the second-largest city in the Netherlands, just behind Amsterdam. The Rotterdam Port is the largest port in Europe. The public transport is well organized and includes the metro, tram and bus network.

The Rotterdam metro was the first public transport to be built in the Netherlands. It consists of 5 lines marked each with a letter (A-E). All metro lines converge at the Beurs station and run to different parts of the city and its surrounding area. Line E runs from Rotterdam to The Hague.

The Rotterdam tramway network offers 9 regular tram lines and 4 special tram lines with a total length of 93.4 km. All tram lines intersect at the Central Station, so this is the perfect place to get on the tram.

The bus network in Rotterdam is operated by RET. Buses serve the city of Rotterdam and the greater metropolitan area. The bus is used to reach destinations such as Spijkenisse, Barendrecht, Ridderkerk, Rhoon, Poortugaal, Schiedam, Vlaardingen, Delft and Capelle aan den IJssel.

Rotterdam is well connected to the Dutch railway network and has several international connections. There are frequent direct trains to Amsterdam Train Station and the travel time is around 40 minutes. You can easily reach Utrecht, The Hague, Antwerpen and Eindhoven, as well. International trains run from Rotterdam Central Station to Paris Gare du Nord, Bruxelles Midi, Bruxelles-Central, London, Brugge, Lille and other cities in Europe.

Rotterdam The Hague Airport (RTM), formerly known as Zestienhoven, is located 6 km north of the city. It serves as the main gateway for arriving in Rotterdam and the Hague and can be easily reached by bus, airport taxi and private airport transfer.

The bus line 33 runs from Rotterdam Central to the airport and continues to Meijersplein metro station. At this station, you can change to metro line E and get to the city centre, as well as, The Hague.

The Rotterdam airport taxi service is a fast and efficient way to reach Rotterdam city centre and the neighbouring area. The taxi stand is located in front of the terminal building. The airport taxis charge by the meter.

If you are looking for a convenient travel option, then you should definitely book your Rotterdam airport transfer with us. Our driver will meet you at the arrivals hall and take directly to your hotel in a vehicle of your choice. In case there are unexpected flight delays, we will adjust the pickup time.

Despite in Rotterdam, in the Netherlands we also offer taxi transfers in Eindhoven and Amsterdam.

What's the price for an airport taxi in Rotterdam?