Your safety is our priority and your comfort, our satisfaction. We compare prices from hundreds of reputable transportation service providers in Tel Aviv to offer you the best service at most competitive rates. With our fixed pricing model, you can avoid nasty surprises like surge pricing and time rate.

Book your Tel Aviv airport transfer with confidence. We offer Free Cancellation policy up to 24 hours before pickup.

The Tel Aviv airport transfer service includes meet and greet and flight monitoring. It is the most comfortable, stress-free travel option. 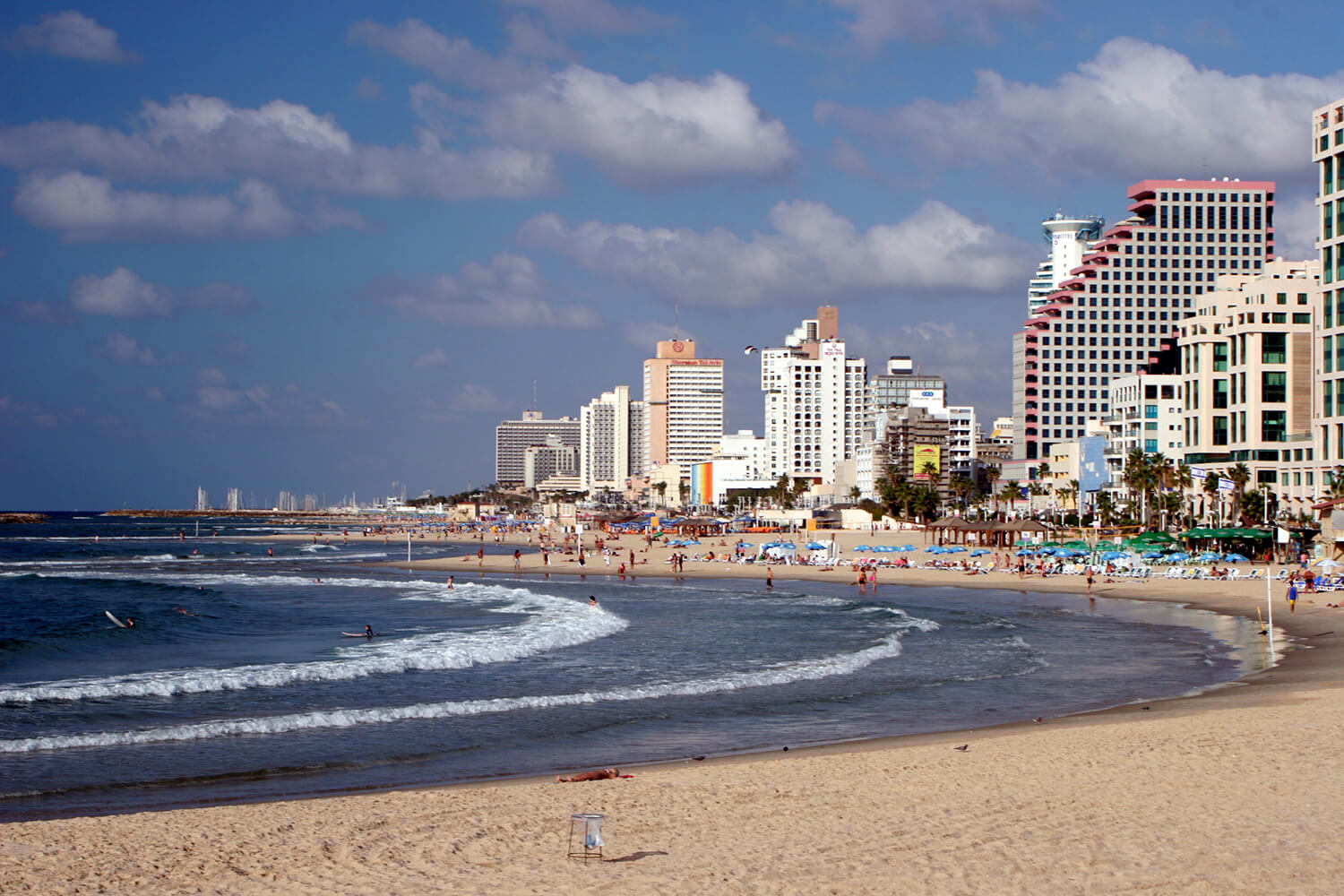 We specialise in private Tel Aviv airport transfers with professional drivers and quality vehicles since 2010. Book your Tel Aviv transfer with our simple and easy to use booking system and avoid long taxi queues at the airport. Your driver will wait at the meeting point, holding a sign with your name and drive you to your destination in safety and comfort.

Where will I meet my driver at Tel Aviv airport?

Your driver will be waiting in the arrivals hall at Tel Aviv airport, holding a sign showing your name. Exact meeting point information will be included in your confirmation email and eTicket.

All Tel Aviv airport taxi quotes published on our website are fixed and all inclusive.

My plans have changed, can I cancel my Tel Aviv Airport Taxi?

If your flight arriving at Tel Aviv airport is delayed, please call the emergency phone number provided in your booking confirmation email as soon as possible.

The transportation services in Tel Aviv are constantly improving and expanding. Buses are the main transportation mode for travels within Tel Aviv, while trains are mainly used for suburb and intercity connections. The public transport services are not available from Friday afternoon until Saturday evening.

Even though the national bus operator is Egged, the bus network in Tel Aviv is maintained and operated by Dan company. As most of the maps and signs in the stations are in Hebrew, it is recommended to ask people around for help. The city of Tel Aviv is served by two bus stations: the main bus station (Ha Merkazit) and a smaller bus station called Arlozorov. Ha Merkazit is the world's largest bus station located in a shopping mall.

Annually, over 14 million passengers travel to and from Tel Aviv by train. The train network was designed to promote the intercity traffic, as a faster alternative to buses. Three train stations serve the city of Tel Aviv, located along the Ayalon highway. The main station Savidor is Israel's railway centre with suburban and intercity connections to Herzliya, Ashkelon, Netanya, Ashdod and Haifa. Two train routes are available from Tel Aviv to Jerusalem (scenic and express line), while there is no train service to Eilat.

"Moniyot Sherut" is a shared taxi service that operates along the main roads in Tel Aviv. The vehicles are usually yellow coloured minivans, which follow the main bus routes within and outside the city.

Ben Gurion International Airport, known as Natbag, is located around 20 km from Tel Aviv and 45 km away from Jerusalem. It's the busiest in Israel.

For travels from the airport to the city centre, a train operates on a frequent daily schedule and a few departures during the night. Metroline provides connections to Beer Sheva several times during the day. The bus line 485 runs to Jerusalem every hour.

Airport taxi services are available from designated areas in front of the arrivals gate. The fares are charged by the meter, however, there is a starting fare, as well as, an additional fee for airport transfers, night travels and luggage.

Avoid extra fees and book your private Ben Gurion airport transfer online at fixed rates. The private taxi will take you directly from Tel Aviv Airport to Tiberias, Jerusalem, Ein Bokek or any other destination. The cost for an airport taxi from Ben Gurion Airport to Tel Aviv city centre is starting from 60 USD for four passengers.

Tel Aviv-Yafo Sde Dov Airport is located within the city limits. It handles only domestic flights to Ovda and Eilat.

The public bus stop is located within walking distance from the arrivals gate. Bus connections are available to Tel Aviv central bus station.

The most convenient way to travel to the city centre or any other destination in the country is to book an airport transfer in advance. The Yafo Sde Dov airport taxi fare to Tel Aviv city centre is starting from 66 USD for four passengers.

Despite in Tel Aviv, we also offer our services in Eilat and Jerusalem in Israel.