Your safety is our priority and your comfort, our satisfaction. We compare prices from hundreds of reputable transportation service providers in Kazan to offer you the best service at most competitive rates. With our fixed pricing model, you can avoid nasty surprises like surge pricing and time rate.

Book your Kazan airport transfer with confidence. We offer Free Cancellation policy up to 24 hours before pickup.

The Kazan airport transfer service includes meet and greet and flight monitoring. It is the most comfortable, stress-free travel option. 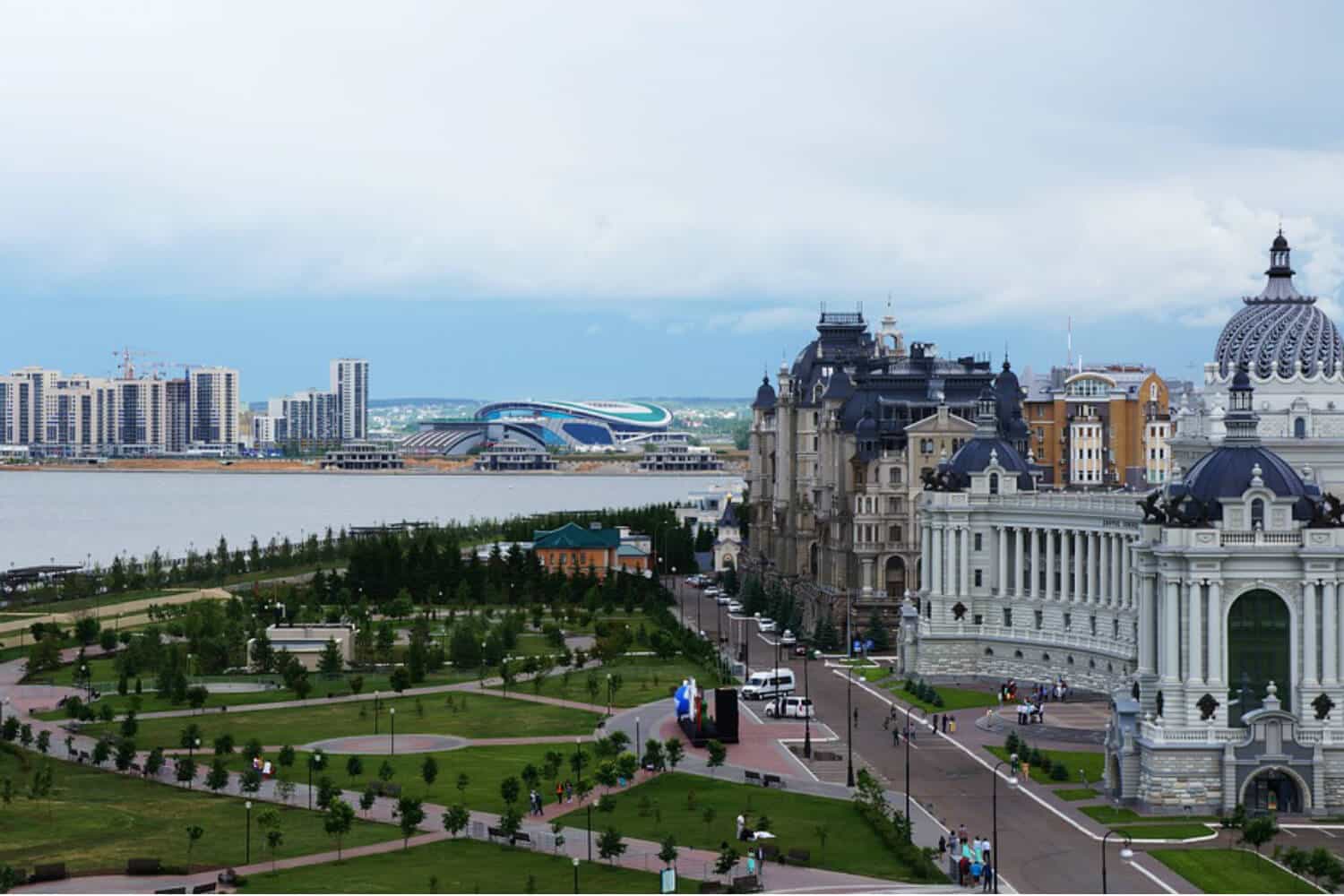 We specialise in private Kazan airport transfers with professional drivers and quality vehicles since 2010. Book your Kazan transfer with our simple and easy to use booking system and avoid long taxi queues at the airport. Your driver will wait at the meeting point, holding a sign with your name and drive you to your destination in safety and comfort.

Where will I meet my driver at Kazan airport?

Your driver will be waiting in the arrivals hall at Kazan airport, holding a sign showing your name. Exact meeting point information will be included in your confirmation email and eTicket.

All Kazan airport taxi quotes published on our website are fixed and all inclusive.

My plans have changed, can I cancel my Kazan Airport Taxi?

If your flight arriving at Kazan airport is delayed, please call the emergency phone number provided in your booking confirmation email as soon as possible.

The city centre of Kazan is small, and you can walk around; however, you will still need to use public transportation to get across the river or the north side of the town. The public transport is integrated with a unified tariff system. It includes the metro (11 stops), green coloured electric trolleybuses (14 lines), red coloured buses (91 lines) and dark red trams (6 lines).

Kazan metro system was opened in 2005, and it is the newest one in Russia. The most useful tram lines are number 20 and 21, circling the city most famous sights.

From Kazan, you can travel by boat or ship to any city on Volga River including Moscow, Yaroslavl, Nizhny, Samara, Sviyazhsk Island, Velikiye Bolgary. The Riverboat terminal is near the central bus station. The most frequent boat connections are from Kazan to Verkhny Uslon village, Bolgar, and Sviyazhsk.

Long-distance bus routes are operating between Kazan and major cities in Russia. Time of operation, drop off points, and reliability mainly depends on private companies which handle this type of transportation. Using the intercity bus service is a less common transportation mode. Two bus stations serve the town, Central bus station and Southern bus station. However, only official operators stop here, as the private bus companies have different places of departure.

Kazan International Airport is around 26 km away from the city with good connections by bus, aero express train and airport taxi. The aero express train runs every two hours from the airport. The cheapest option is the bus, still crowded buses and traffic jams are unavoidable which can cause the trip to be exhausting. Bus number 321 runs five times per day between Kazan Airport and Kazan bus station. Airport taxis can be hired from a designated desk, located in the arrival area of Terminal 1A.

Make your ride to your hotel more comfortable by pre-booking a private Kazan airport transfer. We offer the lowest fixed rates for private hire of a vehicle and a driver. Before your travel, request an online quote for private taxi transfer from Kazan Airport to Kazan and make the reservation fast and easy. The rates start from EUR 29 for a sedan Car. Premium vehicles for up to 6 passengers can also be booked.

Flight monitoring allows the driver to follow your flight for delays and meet you at the airport with a sign showing your name. In case you are delayed at the customs or luggage claim area, the driver will allow one hour and wait for you accordingly. All this is included in the price, and no additional charges apply.