Your safety is our priority and your comfort, our satisfaction. We compare prices from hundreds of reputable transportation service providers in Poznan to offer you the best service at most competitive rates. With our fixed pricing model, you can avoid nasty surprises like surge pricing and time rate.

Book your Poznan airport transfer with confidence. We offer Free Cancellation policy up to 24 hours before pickup.

The Poznan airport transfer service includes meet and greet and flight monitoring. It is the most comfortable, stress-free travel option. 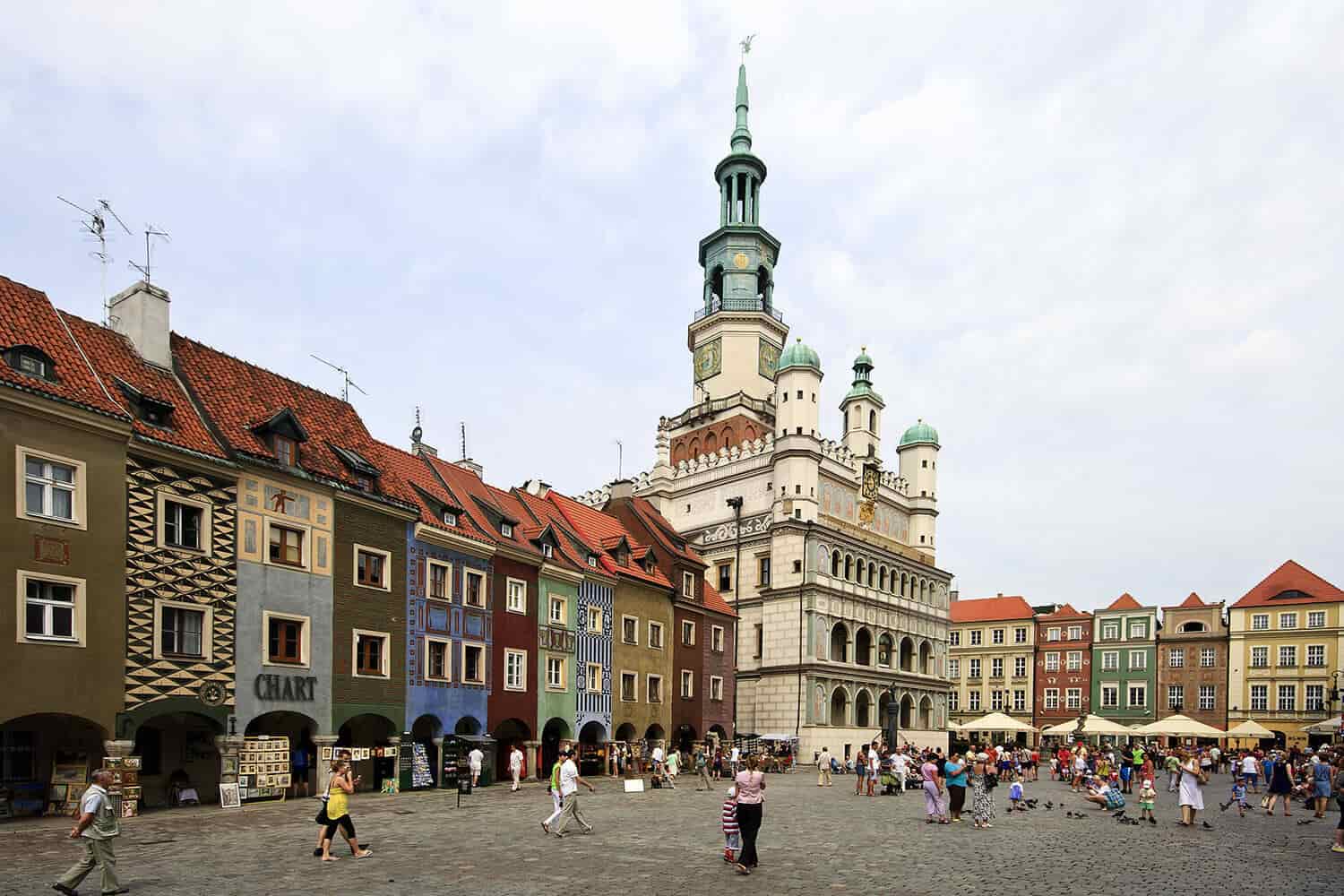 We specialise in private Poznan airport transfers with professional drivers and quality vehicles since 2010. Book your Poznan transfer with our simple and easy to use booking system and avoid long taxi queues at the airport. Your driver will wait at the meeting point, holding a sign with your name and drive you to your destination in safety and comfort.

Where will I meet my driver at Poznan airport?

Your driver will be waiting in the arrivals hall at Poznan airport, holding a sign showing your name. Exact meeting point information will be included in your confirmation email and eTicket.

All Poznan airport taxi quotes published on our website are fixed and all inclusive.

My plans have changed, can I cancel my Poznan Airport Taxi?

If your flight arriving at Poznan airport is delayed, please call the emergency phone number provided in your booking confirmation email as soon as possible.

Poznan is one of the oldest and most populous regions in Poland. It is an important cultural and economic centre, known for its renaissance architecture, especially the Ostrow Tumski Cathedral. The city is compact and easy to get around by public transport that includes trams and buses.

The public transport in Poznan is extensive and integrated. Trams are the main transportation mode as they offer faster transfer than buses. There are 20 tram lines that run during the day and one night line.

Local buses in Poznan connect the city centre with its suburbs. They run regularly during the day, with several night lines. Intercity and international buses depart from the main bus station. Poznan is connected with all major cities in Poland, as well as, the neighbouring countries.

Due to its position, Poznan is a major railway junction where all trains operating between Western Europe and Moscow make a stop. There are regular trains to Warsaw, Berlin, Krakow, Wroclaw, Gdansk and Torun. Several local train routes might be of interest to tourists, such as Gniezno, Wolsztyn, Konin and Wagrowiec. All trains leave from the Central Railway Station in Poznan.

Poznan Lawica Henryk Wieniawski Airport (POZ) is one of the oldest in the country. It is located very close to Poznan, only 5 km from the city centre. It handles international flights to several European destinations, as well as, seasonal flights to leisure destinations.

City bus number 59 runs from Poznan Airport to Poznan Main Station. The travel time is approximately 20 minutes. You can also take an airport taxi from the designated taxi area. Metered airport taxis run to any destination in the city and the surrounding area.

If you want to arrange your airport transfer in advance, book a private Poznan airport transfer with us. Get an instant quote and book a vehicle of your choice. The driver will be waiting for you at the arrivals gate and take you directly to your destination. Luggage and free cancellation are included in the price, as well.