Your safety is our priority and your comfort, our satisfaction. We compare prices from hundreds of reputable transportation service providers in Cologne to offer you the best service at most competitive rates. With our fixed pricing model, you can avoid nasty surprises like surge pricing and time rate.

Book your Cologne airport transfer with confidence. We offer Free Cancellation policy up to 24 hours before pickup.

The Cologne airport transfer service includes meet and greet and flight monitoring. It is the most comfortable, stress-free travel option. 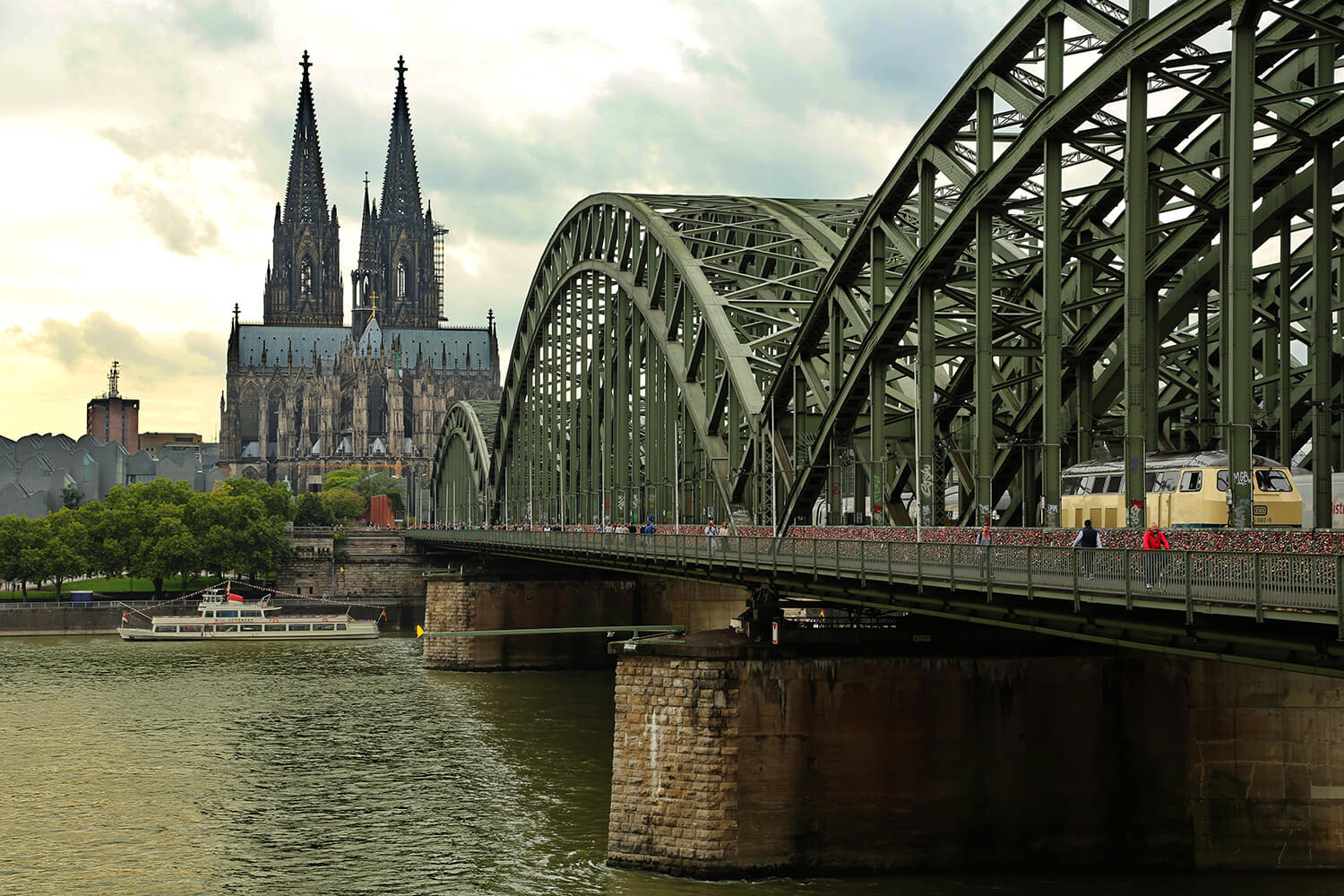 We specialise in private Cologne airport transfers with professional drivers and quality vehicles since 2010. Book your Cologne transfer with our simple and easy to use booking system and avoid long taxi queues at the airport. Your driver will wait at the meeting point, holding a sign with your name and drive you to your destination in safety and comfort.

Where will I meet my driver at Cologne airport?

Your driver will be waiting in the arrivals hall at Cologne airport, holding a sign showing your name. Exact meeting point information will be included in your confirmation email and eTicket.

All Cologne airport taxi quotes published on our website are fixed and all inclusive.

My plans have changed, can I cancel my Cologne Airport Taxi?

If your flight arriving at Cologne airport is delayed, please call the emergency phone number provided in your booking confirmation email as soon as possible.

Cologne is the largest city in the North Rhine-Westphalia state and the fourth largest city in Germany, situated on the river Rhine.Its subway/tram network can be compared to a light train system with greater underground sections. A subway line can go on a street-level and end up as a tram or vice-versa. A network map can be found at any station.

Cologne is served by two major train stations: Cologne Hauptbahnhof and Cologne-Deutz. Trains run from Cologne Hauptbahnhof to Berlin, Frankfurt, Hamburg, Munich and Stuttgart. The Central station connects the city with the European cities of Paris, Brussels, Amsterdam and Luxembourg by Thalys and ICE High-Speed Trains. Frankfurt Airport also has a direct train service to Cologne and the travel time is 1 hour by ICE trains. Cologne-Deutz station is located close to the eastern bank of the Rhine river and it's connected to the Central Station via the Hohenzollern Bridge. The station is used for long-distance and local services in the district of Deutz in North Rhine-Westphalia.

Cologne is served by Cologne Bonn Airport (CGN) which is located about 15 km from Cologne. It has two passenger terminals, located next to each other. There is a free shuttle bus that runs between the two terminals via the parking area. From the airport, the city can be reached by car/taxi, train and bus.

The S-Bahn trains run regularly to Cologne Central Train Station (Hauptbahnhof) and the public bus no. 170 provides transfer to the central bus station every 15-30 minutes. The airport taxi service is available outside the terminals, at the designated taxi ranks.

The most convenient way to get to your accommodation is by booking a private Cologne airport transfer at a fixed price. We provide all-inclusive, door-to-door airport taxi service. Your flight will be monitored for possible delays and we will also make sure you are picked up on time. The cost for a private airport transfer from Cologne Bonn Airport to Cologne city centre is around 42 EUR for three passengers.

Besides airport transfers to Cologne city, we provide transfers to other German cities, like Bonn and Dusseldorf, at fixed and all-inclusive rates. The taxi fare from Cologne Bonn Airport to Bonn is around 42 EUR for a sedan car.