Your safety is our priority and your comfort, our satisfaction. We compare prices from hundreds of reputable transportation service providers in Nuremberg to offer you the best service at most competitive rates. With our fixed pricing model, you can avoid nasty surprises like surge pricing and time rate.

Book your Nuremberg airport transfer with confidence. We offer Free Cancellation policy up to 24 hours before pickup.

The Nuremberg airport transfer service includes meet and greet and flight monitoring. It is the most comfortable, stress-free travel option. 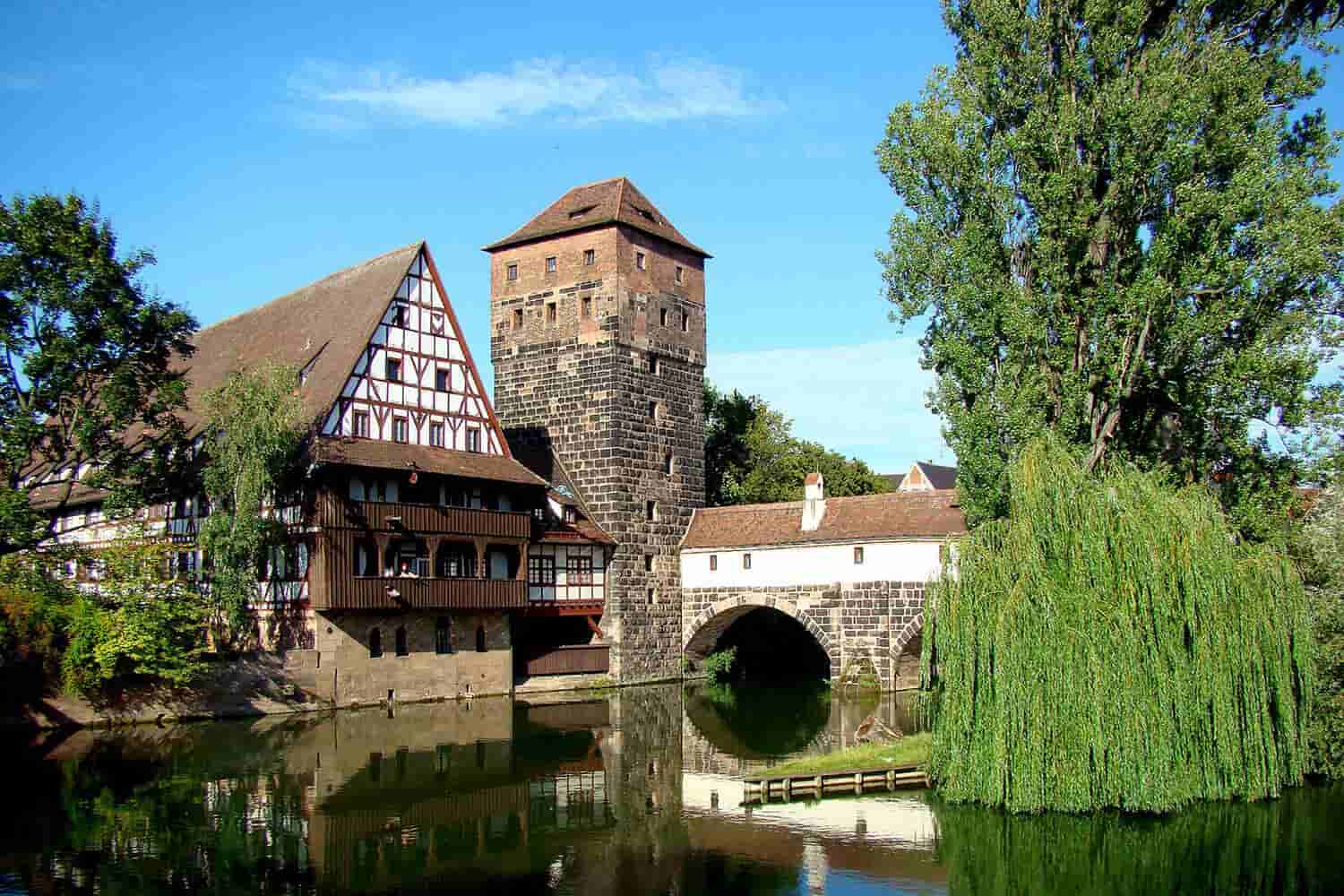 We specialise in private Nuremberg airport transfers with professional drivers and quality vehicles since 2010. Book your Nuremberg transfer with our simple and easy to use booking system and avoid long taxi queues at the airport. Your driver will wait at the meeting point, holding a sign with your name and drive you to your destination in safety and comfort.

Where will I meet my driver at Nuremberg airport?

Your driver will be waiting in the arrivals hall at Nuremberg airport, holding a sign showing your name. Exact meeting point information will be included in your confirmation email and eTicket.

All Nuremberg airport taxi quotes published on our website are fixed and all inclusive.

My plans have changed, can I cancel my Nuremberg Airport Taxi?

If your flight arriving at Nuremberg airport is delayed, please call the emergency phone number provided in your booking confirmation email as soon as possible.

Nuremberg is the second-largest city in Bavaria that is known for its medieval architecture in the Altstadt. It's also an energetic place with intense nightlife, visited by tourists all year round. The public transport is efficient and consists of metro lines, trams, suburban trains and buses.

The Nuremberg metro (U-Bahn) has three interconnected lines. The U1 line connects Nuremberg with Furth, while U2 line runs from north to south end of the city. The U3 line was the first driverless metro in Germany. It's also the shortest one Nuremberg, with only 6 stations.

Nuremberg has five tram lines that intersect at some stations. Three lines make a stop at the Nuremberg Hauptbahnhof. Buses complement the tram and metro networks. During night hours, when the metro and trams aren't operational, only selected bus routes are available.

Regional, intercity and international trains leave from the Nuremberg Railway Station, Hauptbahnhof. To reach the nearby cities, you need to take the S-Bahn and R-Bahn trains. The Nuremberg–Ingolstadt–Munich, as well as, the Nuremberg–Erfurt high-speed railway lines allow fast travel to these cities.

Nuremberg Airport (NUE) serves the Franconian metropolitan area of Nuremberg. It handles flights to European cities, as well as, to popular summer destination along the Mediterranean Sea, on the Canary Islands and Egypt. It is situated around 5 km north of Nuremberg.

The bus line 30 runs to Erlangen, while the bus line 33 will take you to the neighbouring city of Furth. The U2 metro line runs to the Nuremberg Railway Station where you can change to other metro line or a suburban train.

Airport taxi service is available at the designated taxi ranks. The service is reliable and fast. It is charged by the meter and the cost will depend on the destination.

Some of the destinations in Germany where we offer private airport taxi transfers are: Bremen, Cologne, Dortmund, Dusseldorf, Hamburg, Hannover, Karlsruhe, Leipzig, Memmingen, Munich and Stuttgart.

What's the price of an airport taxi in Nuremberg?