Your safety is our priority and your comfort, our satisfaction. We compare prices from hundreds of reputable transportation service providers in Hannover to offer you the best service at most competitive rates. With our fixed pricing model, you can avoid nasty surprises like surge pricing and time rate.

Book your Hannover airport transfer with confidence. We offer Free Cancellation policy up to 24 hours before pickup.

The Hannover airport transfer service includes meet and greet and flight monitoring. It is the most comfortable, stress-free travel option. 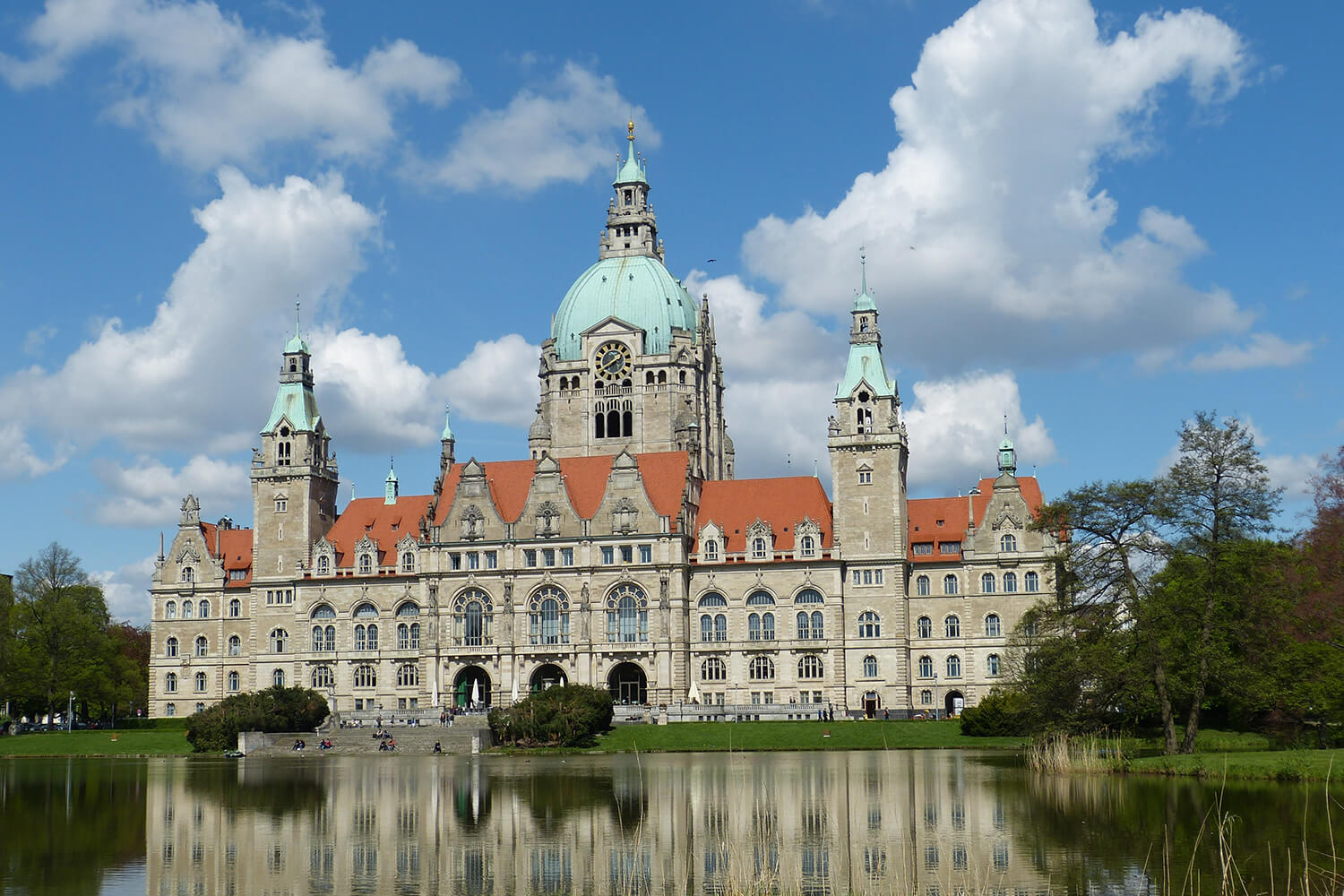 We specialise in private Hannover airport transfers with professional drivers and quality vehicles since 2010. Book your Hannover transfer with our simple and easy to use booking system and avoid long taxi queues at the airport. Your driver will wait at the meeting point, holding a sign with your name and drive you to your destination in safety and comfort.

Where will I meet my driver at Hannover airport?

Your driver will be waiting in the arrivals hall at Hannover airport, holding a sign showing your name. Exact meeting point information will be included in your confirmation email and eTicket.

All Hannover airport taxi quotes published on our website are fixed and all inclusive.

My plans have changed, can I cancel my Hannover Airport Taxi?

If your flight arriving at Hannover airport is delayed, please call the emergency phone number provided in your booking confirmation email as soon as possible.

Hannover is the capital of Lower Saxony and a major city in Northern Germany. This city was hit hard during World War II, so only a few historical landmarks are left. Hannover has an excellent public transport system that covers every part of the city.

The Hanover Stadtbahn is a light rail system that operates with four routes (A, B, C, D). Some lines of the Stadtbahn run to the neighbouring towns of Isernhagen, Garbsen, Laatzen, Langenhagen and Ronnenberg. Selected train lines operate during night hours on Friday and Saturday.

The bus network is extensive and it's convenient for reaching parts of the city not covered by the Stadtbahn. The central bus station is located in the city centre, right next to the railway station. Intercity buses and long-distance coaches arrive at this station.

For travelling to other German cities and to neighbouring countries, travelling by train is more comfortable than the bus. There are high-speed express trains to Frankfurt, Cologne, Stuttgart, Hamburg, Munich and Berlin. Direct railway connections are available to the Netherlands, France, Switzerland and Austria.

The S5 S-Bahn suburban train departs every 30 minutes and the travel time is 18 minutes. The bus line 470 runs from the Langenhagen Zentrum station to Hannover Airport. The designated taxi stands are located outside the terminals at the arrivals level. Metered airport taxis can take you to Hannover city centre in 20 minutes.

For a comfortable ride to your accommodation, book a private airport transfer with us. Our premium airport transfer service includes a direct transfer in a private vehicle, no extra fees for luggage, flight monitoring and free cancellation. You can choose a vehicle according to your needs from our extensive fleet. The latest price for a airport transfer from Hannover Airport to Hannover Train Station is on the link for a sedan car.