Your safety is our priority and your comfort, our satisfaction. We compare prices from hundreds of reputable transportation service providers in Genoa to offer you the best service at most competitive rates. With our fixed pricing model, you can avoid nasty surprises like surge pricing and time rate.

Book your Genoa airport transfer with confidence. We offer Free Cancellation policy up to 24 hours before pickup.

The Genoa airport transfer service includes meet and greet and flight monitoring. It is the most comfortable, stress-free travel option. 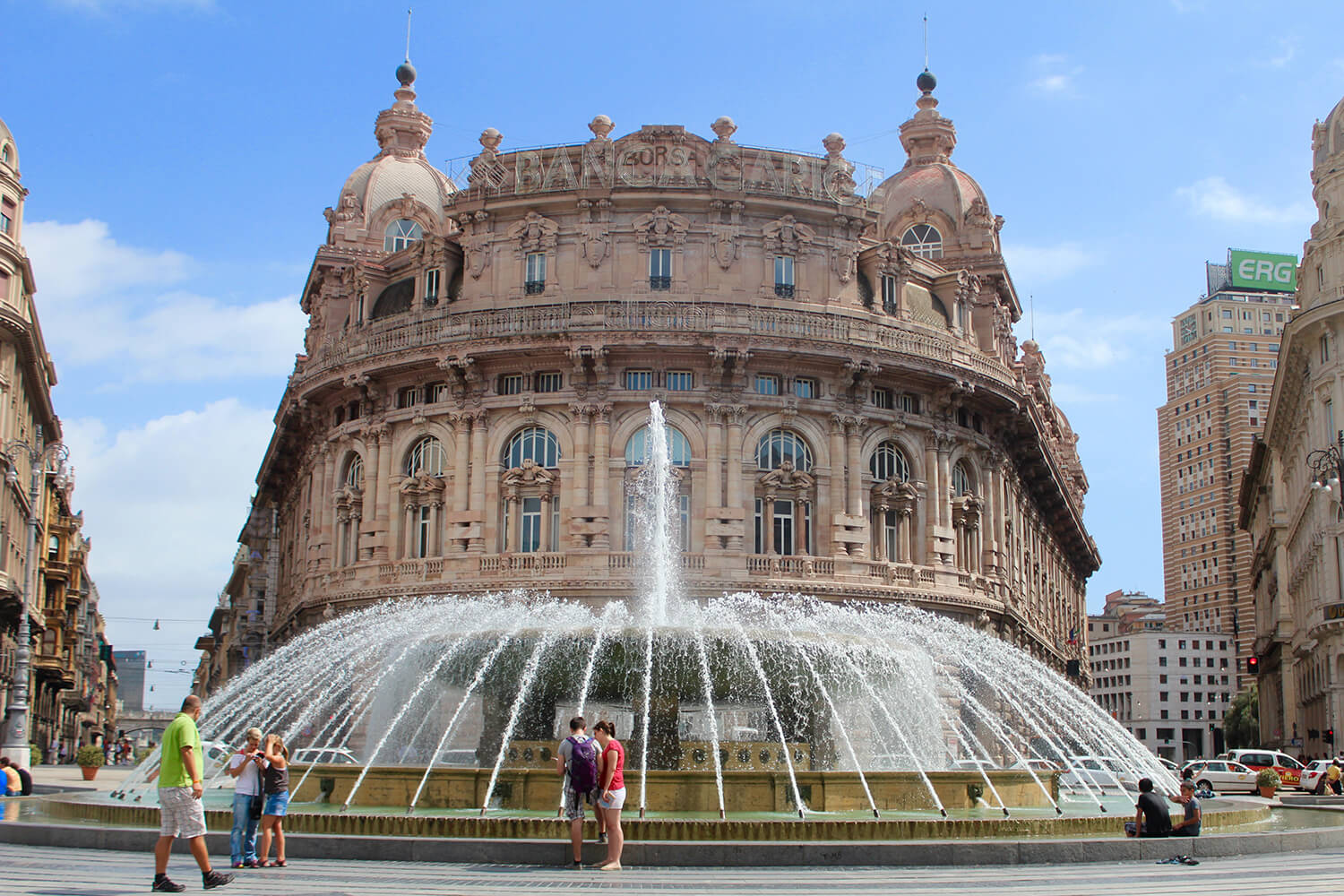 We specialise in private Genoa airport transfers with professional drivers and quality vehicles since 2010. Book your Genoa transfer with our simple and easy to use booking system and avoid long taxi queues at the airport. Your driver will wait at the meeting point, holding a sign with your name and drive you to your destination in safety and comfort.

Where will I meet my driver at Genoa airport?

Your driver will be waiting in the arrivals hall at Genoa airport, holding a sign showing your name. Exact meeting point information will be included in your confirmation email and eTicket.

All Genoa airport taxi quotes published on our website are fixed and all inclusive.

My plans have changed, can I cancel my Genoa Airport Taxi?

If your flight arriving at Genoa airport is delayed, please call the emergency phone number provided in your booking confirmation email as soon as possible.

Genoa has a broad public transportation network which includes buses, trains, cable cars and a short underground line. Public transport is an efficient way to reach some of the main attractions, like the Aquarium, as well as, the most popular squares in Genoa.

The Genoa metro consists of a single underground line with 8 stations, which connects the Brignole train station with the neighbourhood of Rivarolo. Buses run from 04:00 to 02:00 and are widely used by tourists since they provide access to most of the attractions in Genoa.

Genoa is connected by train to Milan, Rome, Turin and Tuscany. The main train stations in Genoa are Brignole Train Station and Principe Train Station. Brignole serves most of the local routes and provides access to many bus lines. Principe Train Station, named by the Piazza del Principe, is the main station in Genoa. With its 20 platforms, Genova Piazza Principe serves approximately 24 million people within one year.

Genoa typically serves as a port of embarkation or disembarkation. Cruise ships dock at Stazione Marittima de Génova or the neighbouring Ponte Andrea Doria, both near the main train station. Genoa Cruise Port is an important port that has many ferry services. There is a metro station close to the cruise terminal. The town centre is only two stops away, or at around 1 km away. The cost for a private transfer from Genoa Airport to Genoa Cruise Port is from 55 EUR for 3 passengers.

Savona Cruise Port is located just 300 meters from Savona city centre and about 40 km northwest of Genoa on the Italian Riviera. The Savona Port is reachable by train, car or a private transfer. The taxi fare from Genoa Airport to Savona Cruise Port is from 100 EUR for three passengers.

Genoa Airport (GOA) has served the city of Genoa since 1985 and is known as the Genoa Cristoforo Colombo Airport. There are 1.3 million passengers arriving/departing annually.

The shuttle service is provided by VOLABUS. Shuttle buses run to Principe and Brignole train stations. A journey to the city centre takes around 30 minutes.

The list of popular tourist destinations in Liguria region is very long and among the most visited places are Portofino, Cinque Terre, Savona and Portovenere. Pre-book your private airport transfer from Genoa Airport to Portofino or Genoa Airport to Santa Margherita Ligure, and enjoy the comfortable ride to the desired destination.