Your safety is our priority and your comfort, our satisfaction. We compare prices from hundreds of reputable transportation service providers in Bologna to offer you the best service at most competitive rates. With our fixed pricing model, you can avoid nasty surprises like surge pricing and time rate.

Book your Bologna airport transfer with confidence. We offer Free Cancellation policy up to 24 hours before pickup.

The Bologna airport transfer service includes meet and greet and flight monitoring. It is the most comfortable, stress-free travel option. 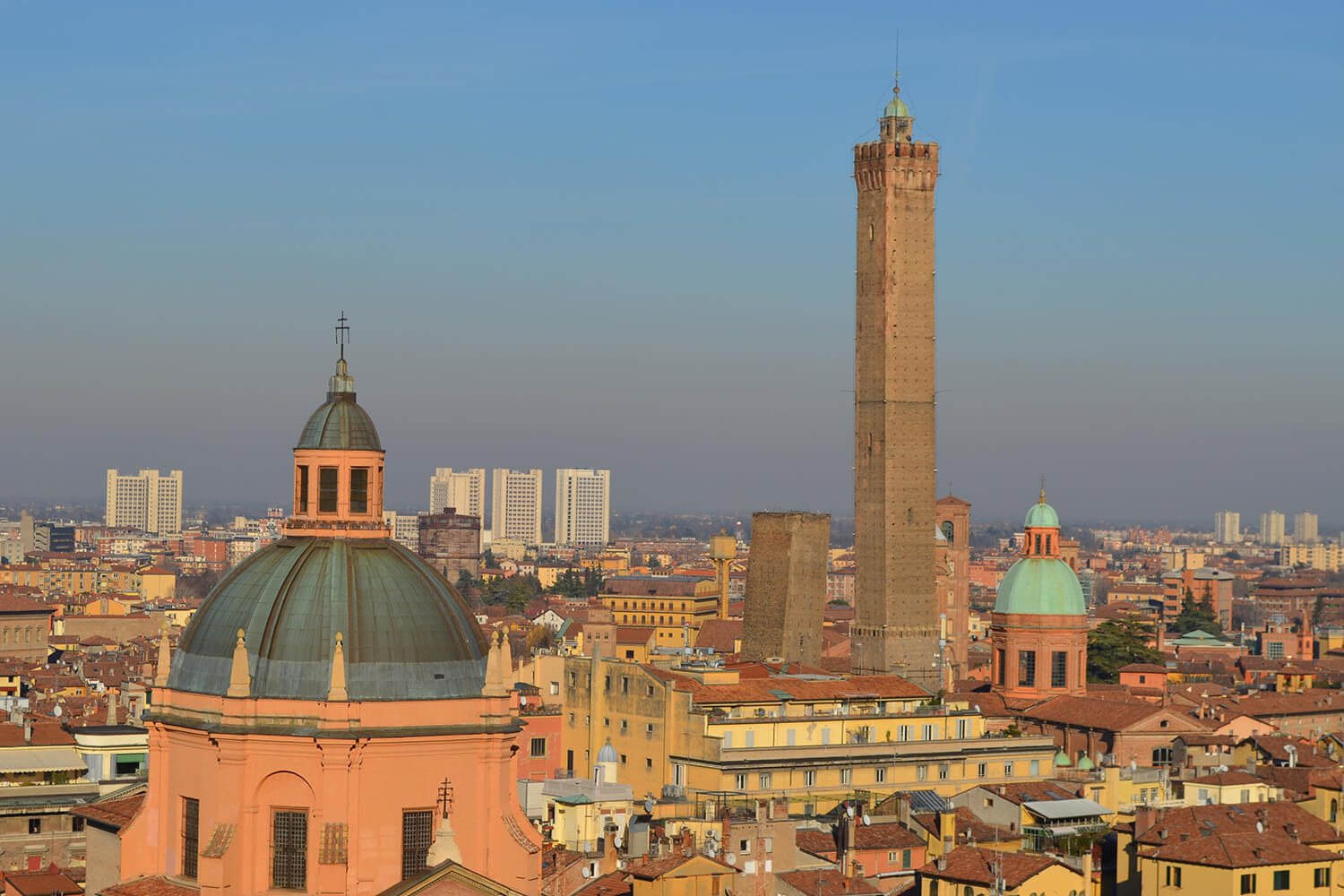 We specialise in private Bologna airport transfers with professional drivers and quality vehicles since 2010. Book your Bologna transfer with our simple and easy to use booking system and avoid long taxi queues at the airport. Your driver will wait at the meeting point, holding a sign with your name and drive you to your destination in safety and comfort.

Where will I meet my driver at Bologna airport?

Your driver will be waiting in the arrivals hall at Bologna airport, holding a sign showing your name. Exact meeting point information will be included in your confirmation email and eTicket.

All Bologna airport taxi quotes published on our website are fixed and all inclusive.

My plans have changed, can I cancel my Bologna Airport Taxi?

If your flight arriving at Bologna airport is delayed, please call the emergency phone number provided in your booking confirmation email as soon as possible.

Bologna has a strategic position with excellent road and railway connections to the rest of Italy. The city is a great place to explore on foot, as getting around the city is very easy. In order to reach more distant parts of Bologna and the region, you can use public transport.

The bus network is extensive with many bus and trolleybus lines that run to different parts of the city. Bologna's efficient bus system runs from 06:30 to 23:00. Tickets allow you to change buses or make a return journey within 75 minutes.

Bologna Centrale Railway Station is one of the major railway hubs in the country. It serves 58 million passengers annually. Bologna has good connections to the main destinations in Italy and is on the high-speed network, which has drastically cut travel times to numerous destinations. There are regular trains to Florence, Venice, Ferrara, Rome, and other Italian cities.

The Bologna Bus Station is located just 100 meters from the Central Railway Station. Buses arrive at the bus station from the main towns in the Province of Bologna and from all major Italian and European cities. There are long-distance services from Milan and Ancona, as well as, international services from London, Paris and Frankfurt.

Bologna Guglielmo Marconi Airport (BLQ) is the 7th busiest in Italy and one of the most important international airports. It is located around 6 km from Bologna city centre and can be reached by bus, airport taxi and private Bologna airport transfer.

Aerobus is the local bus service operated by ATC that provides regular services to the railway station in Bologna. The service is available from 5:30 till just after midnight at fairly frequent, but oddly irregular intervals. Several shuttle buses run from Bologna Airport to Ferrara, Modena, Cervia, Ravenna and Florence.

The Bologna airport taxi service is a fast way to reach your destination. There is a dedicated taxi rank, where you can take a taxi, or you can order one by phone. Different rates apply for night and weekend rides and there are additional charges for luggage.

Pre-book your private Bologna airport transfer and have everything organized prior your arrival. Choose a vehicle according to your needs and our professional driver will take you directly to your hotel. The cost for the private airport transfer is fixed and there are no additional charges. The airport taxi fare to Bologna city centre is on the link.