Your safety is our priority and your comfort, our satisfaction. We compare prices from hundreds of reputable transportation service providers in Palermo to offer you the best service at most competitive rates. With our fixed pricing model, you can avoid nasty surprises like surge pricing and time rate.

Book your Palermo airport transfer with confidence. We offer Free Cancellation policy up to 24 hours before pickup.

The Palermo airport transfer service includes meet and greet and flight monitoring. It is the most comfortable, stress-free travel option. 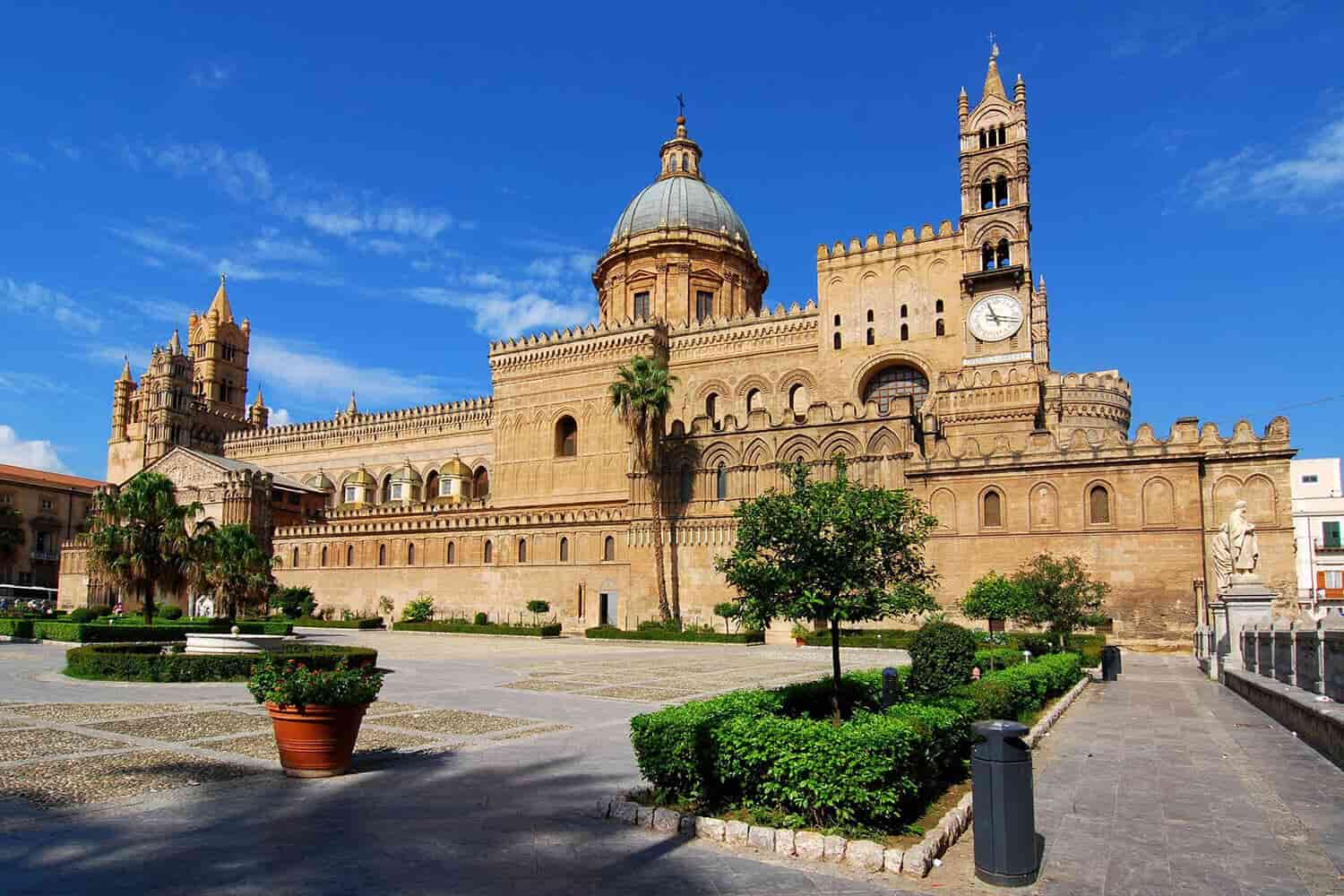 We specialise in private Palermo airport transfers with professional drivers and quality vehicles since 2010. Book your Palermo transfer with our simple and easy to use booking system and avoid long taxi queues at the airport. Your driver will wait at the meeting point, holding a sign with your name and drive you to your destination in safety and comfort.

Where will I meet my driver at Palermo airport?

Your driver will be waiting in the arrivals hall at Palermo airport, holding a sign showing your name. Exact meeting point information will be included in your confirmation email and eTicket.

All Palermo airport taxi quotes published on our website are fixed and all inclusive.

My plans have changed, can I cancel my Palermo Airport Taxi?

If your flight arriving at Palermo airport is delayed, please call the emergency phone number provided in your booking confirmation email as soon as possible.

Palermo is the economic and cultural capital of Sicily. It is a city rich in history, music, art, culture, and food. Many tourists visit the city for its good Mediterranean weather, renowned cuisine and great nightlife.

Palermo has a public bus system known as AMAT. Buses depart every 30 minutes, but due to the heavy traffic, they are often behind schedule. Orange buses distinguish local routes from the blue intercity routes. Several bus lines operate after midnight.

The Port of Palermo, founded by the Phoenicians over 2,700 years ago, is, together with the port of Messina, the main port of Sicily. From here ferries link Palermo to Genoa, Cagliari, Livorno, Naples, Tunis and other cities. It is also an important port for cruise ships.

The main railway station is Palermo Centrale. Trains depart from this station to other cities in Sicily, including Agrigento, Trapani and Catania. Also, trains that run through Messina, connect Palermo with the rest of Italy.

Palermo International Airport (PMO), known as Falcone-Borsellino, is located 32 km west of Palermo. It is the main gateway for arriving in this part of Sicily.

The airport is connected to Palermo by train. The Punto Raisi railway station is located there and trains depart every 30 minutes to the Palermo Centrale Station. The service is available from early in the morning till 22:00.

Palermo airport taxis are not very reliable and it's almost certain you will get overcharged. Thus, it is not recommended to get an airport taxi to reach your destination. A safer option would be to book a private Palermo airport transfer prior your arrival.

Our driver will wait for you at the requested pick up location and he will drop you off directly at your accommodation. The prices are all-inclusive and there are no hidden charges. Moreover, the flight monitoring service and meet and greet service are included in the price. The cost for a private taxi from Palermo Airport to Palermo city centre is around 67 EUR for three passengers.

Except for regular airport transfers, we can offer you a private hire for sightseeing tours and day trips, as well. Therefore do not hesitate and enjoy your transfer from Palermo Airport to Gioiosa Marea, Cefalu, Agrigento, Campofelice di Roccella, etc. The taxi fare from Palermo Airport to Cefalu is starting from 163 EUR for a sedan car.